Only 3 required steps for clients!

Let us solve the complex steps

Right strategy for everyone

Tell us the location and the type of property you desire! We will provide the list of real estates that meet the local conditions. After you select your desired property, we will resolve all the procedures required for transaction.

This strategy aims to make future capital gains on real estate. You can earn stable profit from monthly rent by investing in residential and commercial real estate. We manage everything from tenant interviews to property maintenance in the United States.

It's an investment strategy aimed at real estate capital gains. We purchase old houses at low prices, repair them and resell them at high prices. A local construction team in the US will proceed with all the construction work and send you a monthly construction report.

We buy an empty land, build new buildings or develop residential and commercial real estate that aims for high returns. It consumes a long time due to large-scale construction. Our construction team in the US will proceed all the construction work and send you a monthly report. 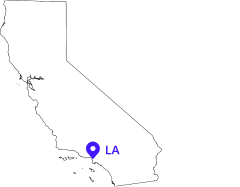 The city contains properties that were built before 1939 that account for 19.8% of all properties, which is advantageous for short-term investments that increase the value of houses through construction.

Thanks to nice climate throughout the year, LA is popular in both residential and commercial areas. Residential real estate especially increased more than 20.93% since 2020 and a singe-family housing set a new high which was more than $820,000 in August 2021. 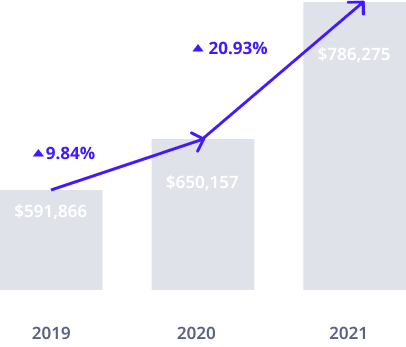 A new industrial base
‘Silicon Hills’

Austin's tech complex, ‘Silicon Hills’, is rapidly emerging as an industrial base that would replace Silicon Valley. Recently, many companies like Tesla and Samsung have been relocating to Austin.

It is a very 'young' city with a population ratio of 53% between the ages of 20 and 49. Recently, Austin has had the largest net inflow among the 50 largest cities in the US. Austin is popular with companies and workers due to its relatively low cost of living, and no personal income tax or corporate tax.

Austin is on the monthly list of regions where housing prices have risen the most. More than 74% of Austin's total properties were sold higher than the initial price, and the annual housing price growth rate was 29.09% in 2020-2021.

Properties that were sold higher than the initial price (2021) 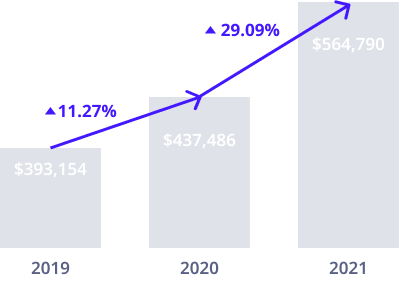 NY, the global real estate market, is suitable for long-term investment because of its low volatility. Housing prices are steadily rising due to the high demand for supply.

Region in high demand for supply

The total rental rate in the US is 35.6%. NY's rental rate is 67.2% which is nearly double. This shows that many residents live in the city as tenants.

NY has the highest rent in the US.
People can create a stable monthly income for investment purposes. 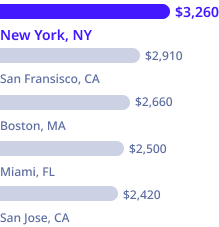 From the tenant status to monthly cashflow

Q What is the investment process?

BuildBlock provides a service where individual investors can “directly” invest in the US real estate. Through consultations, the client, once decided, will establish an LLC under the client’s name. The investment model is such that the established LLC would acquire real estate.

Q What is the process of sending money from Korea to the US?

You’ll need to go through proper reporting channels to send more than $50,000 per year from Korea to the US. We will work with your main bank to file the “Overseas Direct Investment” report, then send money to your LLC. BuildBlock will take care of the complex filing report process.

Q What is the minimum investment amount?

BuildBlock will propose various methods to lower the barriers of international investments for individual investors. We will connect you with local mortgage loans for possible investment. We also help clients who want to invest together to open a joint LLC. Although the investment amount varies among properties, an average investment amount is about $30,000.

Q Who takes care of the investment afterward?

BuildBlock has both offices in Korea and in the United States. The Korean office is responsible for communicating with our clients, whereas the US office will oversee the local properties. Properties that clients purchased and invested will be directly managed by BuildBlock Inc. (America). Build Block Inc. currently operates a local construction team that can rebuild or remodel unit houses. You can trust us not just on simple management of tenants to remodeling, maintenance, and even business models such as FLIP or ADU.

LLC (Limited Liability Company) is the US-specific form of a private limited company that is similar to Korea’s LLC. BuildBlock encourages investment in the US real estate via LLC for 3 reasons. Firstly, you can save on taxes. In the US, an LLC is not required to pay federal taxes. Instead, the LLC investor must pay an income tax, which is a lot less than other forms of company or non-company structure. Second, the process is much simpler. Compared to “Direct acquisition of overseas real estate” where one acquires a property overseas directly without an LLC, “direct overseas investment” is much simpler in documents and management. Third, it’s the accountability of an LLC. In managing real estate properties post-investment, numerous small and big accidents could incur, where tenants get injured from estate facilities. Even at an injury with the damage larger than the investment, LLC is a limited company that is responsible for up to the investment money. Although this is the worst scenario, it’s worthwhile to take a look for an investment decision.

Q Who manages the investment?

BuildBlock only aids direct investment process, and it does not make the decision or get involved in investment fund management. Clients in Korea can establish an LLC under their names and directly send the money to that LLC. Investors will never have to send money directly to a BuildBlock account.

Q What kind of investment profit can I expect?

There are different types of profits depending on the investment period (length). 1) Long-term safe investment of more than 3 years The client can expect stable rent income from tenants and profits from the rise in the property value. In the long-term investment, BuildBlcok provides an “Overseas real estate management solution” that manages tenants and facilities. The Solution provides a complete transparency, where clients can directly communicate with the tenants or receive monthly rent. 2) Short-term aggressive investment of less than 1 year Flip refers to remodeling an old wood house and selling at a higher price. ADU refers to building an extra room in the yard. Aggressive short-term investment methods only available to Americans are now available for BuildBlock clients. BuildBlock has the construction team and the license to construct and remodel houses. BuildBlock will help you navigate the traditionally high-risk real estate investment.

Q What is Flip and ADU?

Flip refers to an investment method of purchasing an older, wooden house at a lower price and reselling it after remodeling. Unlike Korea, the US prefers wooden houses, and California, in particular, has many wooden houses that are more than 100 years old. It’s a value-add investment technique where a house is purchased at 30% below the market rate (depending on its current state) and resold after the remodeling at the minimum price. ADU (Accessory Dwelling Unit) is an attached or detached unit built on the same property as the main house, usually on yards or garages. BuildBlock’s current market, California, is known for its high density in population but severely deficient supply. To solve the housing crisis, the Californian state government is allowing ADU, which makes a smaller scale housing development possible. The key to FLIP and ADU is getting permission and minimizing construction risks. BuildBlock currently operates a construction team locally that can rebuild or remodel wooden houses, as well as different licenses needed for construction.

Q How much taxes will I have to pay? How do I pay?

If you gain profits from the US real estate investment, you are obliged to pay taxes to both the US and Korea. However, thanks to the bilateral tax agreement, you do not need to pay the taxes again to Korea if you paid in the US, known as the deduction for tax amounts paid in a foreign country. For our clients, BuildBlock has signed contracts with Samjeong KPMG Korea and Anjin Deloitte Korea to guide our clients on tax responsibilities regarding “Real estate investment via a US LLC for Korean residents.

Q How do I bring both profits and principal to Korea?

All investments and profits are managed by the LLC account that the client has created. Since a legal process was made to send the money to the LLC for the investment, you do not need to make a separate filing to retrieve the money back to Korea. However, to avoid paying excessive taxes to the US, please consult with BuildBlock prior to retrieving the money.

Solve all your questions!